The Unbelievable Paradox of Walking While in Pain: How “ol Doc Brophy” Changed My Beliefs About Physical Activity 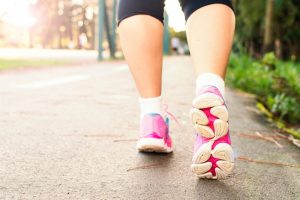 Four years before my accident my family and I moved into a house on a hill overlooking our small Montana town. The mountain views were spectacular, and we loved our little neighborhood.

One morning as I looked out my window I noticed a white-haired older man hobbling past in a clumsy state of awkward flailing. Yet he was walking. With a cane in one hand, and one strong leg he seemed to nearly drag his other leg along. It hurt just to watch him.

A few days later we had a fresh dusting of snow and as we were walking we saw a single track from a bicycle in the snow. It wandered about on our quiet street, then appeared to stop at a light pole where we would see footprints beside it. Then off it would go to another light pole, and more footprints. It seemed almost comical; like the rider kept running into the poles but managed to ride on in spite of it all.

Later I would discover this too was him. The tracks led to poles because it was there he would stop, catch himself, and rest as he rode his bike around the block. “Why?” I thought at the time, “Does he put himself through all of this? What was he trying to prove?”

One day, while chatting with some neighbors, we asked about the man who was always walking or riding down our street. “Oh! That’s ‘ol Doc Brophy,” the neighbor replied, “He broke his spine skiing a few years ago, really messed him up. But he keeps on going!”

Curiosity got the best of us so one day we stopped and talked with him. He explained he had an incomplete spinal cord injury but wasn’t going to let a little paralysis keep him from his exercise. Doc Brophy was a veterinarian who continued to practice in spite of his injury and soon became the one we took our dogs to as well.

When I had my accident 4 years later my husband remembered Doc Brophy had a similar injury to mine, and we decided to contact him and pick his brain as to how he had recovered and managed things.

“Why do you walk so much?” I asked, “Doesn’t it make your pain worse to do that?”

“Are you kidding? Walking is how I mange my pain!” He replied, as if I had it all totally backwards. “Exercise helps keep my blood flowing.” He explained, “It really helps me.”

It wasn’t until a couple of years later, when my chronic pain became unbearable that I remembered that grizzled older man hobbling past my house in his clumsy way. Then his words came back to me, “Walking is how I manage my pain!” He was right, and his example became my inspiration. Today that’s how I manage my pain too. I may look awkward, sometimes I “flail,” but exercise helps keep my blood flowing and helps me manage my pain.

Exercise is an antidepressant not reliant on any specific activity, such as running.  Anything that gives an aerobic boost—climbing the stairs, raking leaves, taking a brisk walk—is known to increase serotonin production (the “well-being” neurotransmitter).  “Exercise is really for the brain, not just the body. It affects mood, vitality, alertness, and feelings of well-being,” says Dr. Ratey in his book Spark. All things those of us with chronic pain need!

What are some ways you stay active? I would love to hear from you!